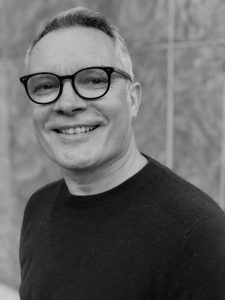 Yvan Lucas is a French DI colourist with a unique international story. His career includes creative collaborations with a long list of iconic cinematographers such as Robert Richardson, Darius Khondji and Rodrigo Prieto.

Yvan Lucas was among the first to digitally colour an entire feature film in Europe when he finished Jean-Pierre Jeunet’s Amélie at Duboi, Paris — an assignment he’d landed after rising to the ranks of highly sought-after photochemical timer, working regularly with Jeunet, Luc Besson, Martin Scorsese, Quentin Tarentino and other prominent directors.

Highlights of his career include The Irishman, Snowpiercer, Once Upon a Time in Hollywood, Django Unchained, Argo, Shutter Island, Inglorious Basterds and Seven.

“Yvan has coloured some of my favourite films,” says Company 3 president, Stefan Sonnenfeld. “I love his work and I’m beyond thrilled to have him as part of our team.”