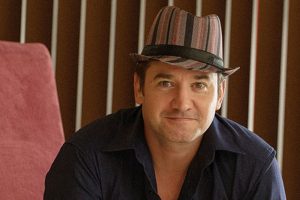 Over the last 15 years, German supervising colourist Andreas Brueckl has gained an excellent reputation in Europe, Middle East and Asia.

He began his journey in Turkey and traveled through Malaysia, Singapore, Japan, India and the UAE.

In 2017, he was honoured with two Apollo Awards for best colourist Asia in short and long-form. He was an early adopter of new technical standards in Asia for ACES and HDR, which led to him and his team DI-finishing most OTT shows in India in 2020.

Currently in the UAE, Andreas has a unique position. As creative director of visuals, he supports production companies to plan the right visuals, starting from the script development stage through pre-production, production and post-production.

According to Andreas, “Getting involved early in the process is a dream for a colourist. Basically, we create the look way before the shoot itself. The dailies are 80% final and in post, we can concentrate on pure finishing details.”