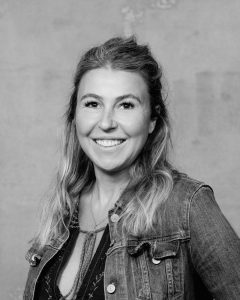 Maxine Gervais has worked on countless blockbusters and critically-acclaimed feature films, receiving three Hollywood Professional Association (HPA) nominations for Outstanding Colour Grading – Feature Film: one for her work on The Hughes Brothers’ The Book of Eli; another for her work on Guillermo del Toro’s Pacific Rim; and winning for her work on Albert Hughes’ Alpha — for which she made Hollywood history as the first woman to win this award.

She has always been passionate about creative expression with technology and colour. Coming from a classical arts background, she earned a B.A. in visual art from Laval University, and understanding that there can be applications in the digital world, she later received a post-graduate certificate in computer technology for cinema and television. Gervais has established an impressive career as a finishing artist and is now just short of 100 credits to her name.