Eben Bolter BSC has built his career as a cinematographer by concentrating on film and TV dramas with bold visual stories. He was awarded the BAFTA breakthrough award in 2016 for his work on the film Chicken, and has just finished colouring the Netflix film Night Teeth with colourist Jill Bogdanowicz, coming to Netflix soon. Eben is currently in Canada shooting the first series of HBO’s The Last of Us. 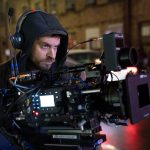 “I’m delighted to be joining a jury that will shine a light on colourists and celebrate their invaluable contribution to the art of cinematography. For me there’s a beautiful book-ending of a project with my colourist: the LUT creation in prep solidifies my intentions before a shoot, then the DI allows us to reconvene and confront the reality of what happened on the shoot, making it the best visual story it can possibly be.”