K K Senthil Kumar graduated with a degree in cinematography from the Film and Television Institute of India and is now one of the country’s top cinematographers, predominantly working in Telgua cinema. His collaboration with SS Rajamouli has given the film industry blockbusters like Eega, Baahubali 1, Baahubali 2, RRR and many more.

He is one of the few skilled and brilliant cinematographers who brought to life visual spectacles that have changed the way the world perceived Indian cinema.

As the saying goes, “from humble beginnings come great things”. From starting his career as a cinematographer for TV series to mastering the process of imbibing VFX into his camerawork, he moulds his craft effortlessly to match the director’s vision.

He won many accolades for best cinematography like SIIMA, Nandi, Filmfare, CineMAA and Zee to name a few. 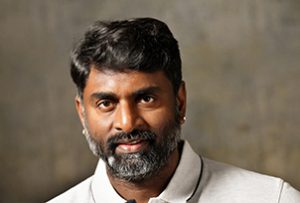